The landing gear is mounted to an overhead carriage secured to the fixture base. The carriage includes a hydraulic actuator to apply a vertical load on the landing gear section and is instrumented with more than 200 strain gauges to measure the applied load. Mounted to linear slides on top of the fixture base and driven by a hydraulic actuator is a tarmac section. The system performs real-time control of both the tarmac section and the hydraulic loaded carriage to control and acquire data on the landing gear system as it moves down the tarmac. The system consists of more than 300 channels of I/O including 203 strain/load inputs. 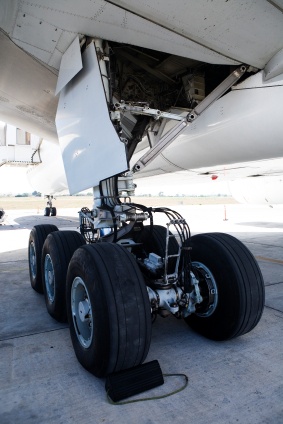