Test engineers typically add manual-control screens to LabVIEW applications. While it would be helpful to repetitively execute varying parts of those manual-control screens, LabVIEW is not optimal for dynamic scripting, or on-the-fly sequencing with flow control.  (Imagine editing the source code of Excel each time you wanted to create a macro.)  And while Python is built for scripting, it requires advanced custom coding to interface with LabVIEW. 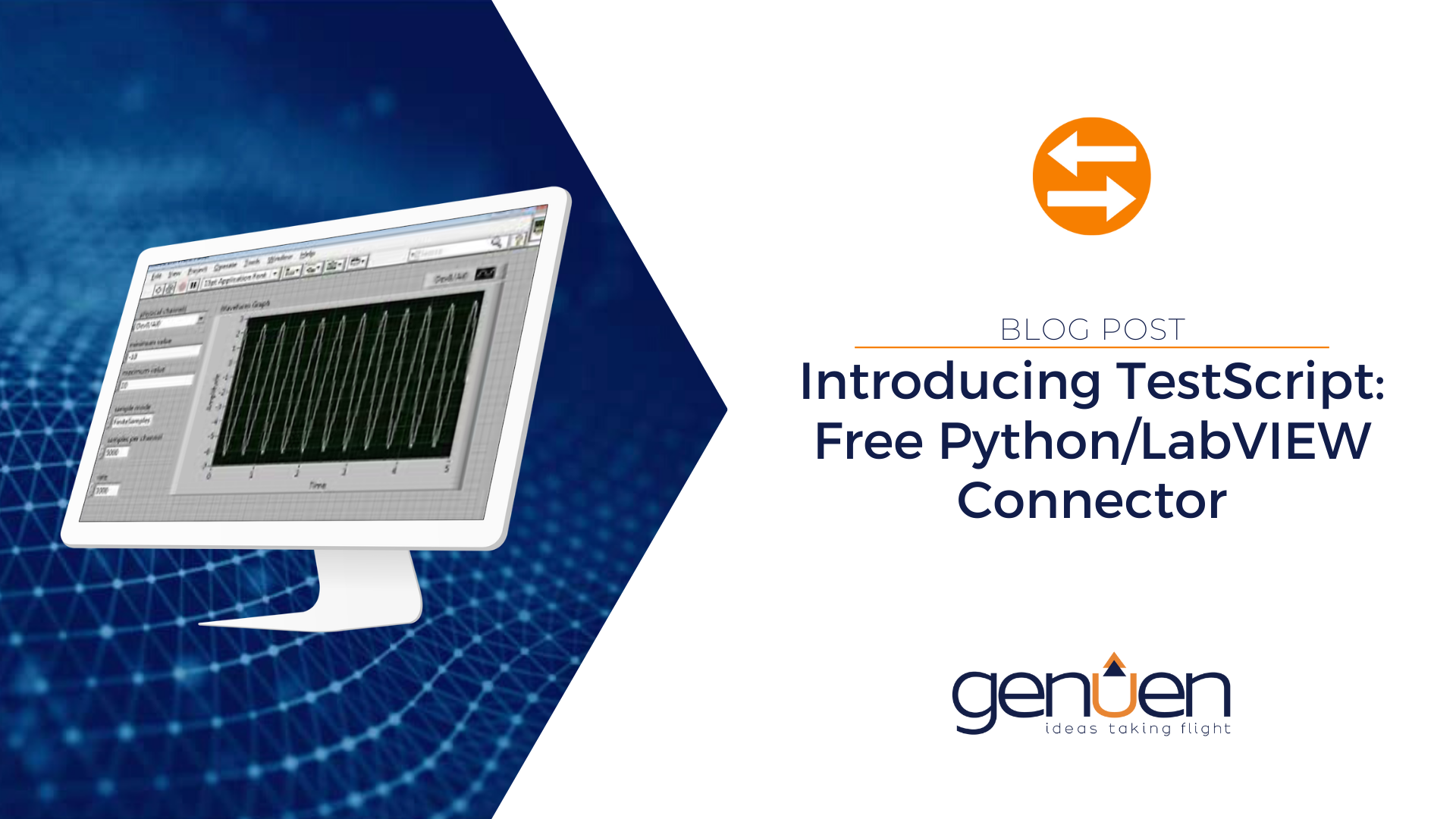 Announcing TestScript: a free Python/LabVIEW connector from Genuen that is simple to add to your existing LabVIEW application and abstracts complex Python coding,  allowing you to easily use Python to control LabVIEW or vice versa.

We hope you enjoy using TestScript!

In a previous post, we outlined several ways that people have connected Python and LabVIEW in the past.  In this post, I will outline why we have chosen to release TestScript - a free Python/LabVIEW connector you can download to solve additional problems not addressed by previous approaches (TestScript is bidirectional).

Problem:  Imagine compiling a LabVIEW instrument-control application that has a manual control screen (which essentially all LabVIEW applications end up having).  Each day in the lab you find quick measurement tasks that you would like to do, but you would prefer not to bug them into the base application, so you resort to the manual control screen.  For example, today you want to push a button to start data logging, then press a button to flip a relay, then wait 5 seconds, and flip the relay back with a final button press... and then repeat that process overnight.

Problem: You would like to take advantage of Python libraries from within a LabVIEW application, but LabVIEW doesn't have a "Python functions" palette.  Perhaps an engineer wants to develop a model based on LabVIEW data for predicting component failure.  Training machine learning models and other forms of artificial intelligence or statistical learning in order to analyze data to make better business decisions can take an immense amount of compute time, and GPU computing can greatly decrease such costs.

Solution:  TestScript.  While there are non-Python based approaches out there, Python offers an extremely simple syntax to use for scripting (e.g. writing a few lines of code to flip that relay back and forth all night). This is especially true when used in the context of TestScript, which abstracts away the complexity of communication between LabVIEW and Python and is straightforward to add to your existing LabVIEW application.

Python is also an excellent choice for GPU-accelerated machine learning because of its extensive library ecosystem.  TestScript allows you to generate data in LabVIEW and then tell Python to analyze that data.